About the Drug Court

The Jackson County Drug Court has as its chief goal “fixing people, not filling prisons.”  We will conserve tax-payer money by providing an alternative to prison of treatment, education, rehabilitation and self-help for drug-related offenses.  We seek to heal and rehabilitate non-violent addicts, empowering them to live substance-free lives of purpose and quality.

Public safety is paramount.  We will hold offenders accountable for their actions and we shall respect the victims of crime.  We will endeavor to protect the public and advance community safety and well-being.  We shall return sober, law-abiding, productive citizens to the community and shut the “revolving door” of repeat crimes.

You Are Welcome To Attend

Adult Drug Court meets almost every Friday  at 11:00 o’clock a.m .in Courtroom Number Two and the public is always invited and encouraged to attend. 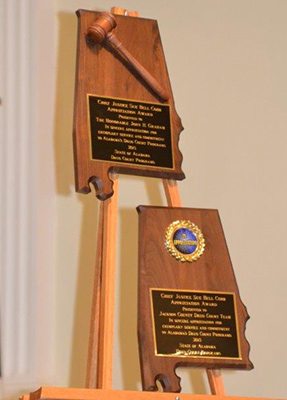 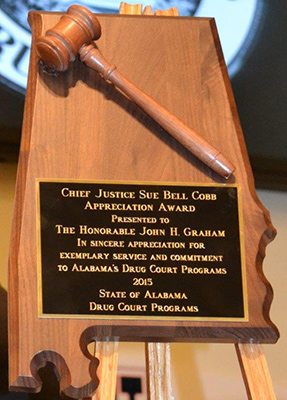 We are proud that Jackson County won two top awards in 2015. The Chief Justice Sue Bell Cobb Awards for Excellence in Drug Courts for having the best drug court in Alabama and recognizing Judge Graham as an outstanding leader in drug courts.